Chocolate is a food which is made from roasted and ground cacao seeds and has a history of 4000 years. If we talk about its popularity, the hundred pounds of chocolate is eaten per second in the US. Besides a sweet, it also has many health benefits. If we eat dark chocolate daily, then it reduces the risk of heart disease by one third. Chocolate can protects against the tooth decay by working as an anti-bacterial on the mouth.

The list of 10 Best Chocolate Brands with brief detail is given below from the 10th position to the 1st one.

First of all, I would like to tell you the meaning of ‘Kinder’; It is a German word, which means children. Kinder Chocolate is a product of the Italian company Ferrero SpA. Pietro Ferrero who was a confectioner founded the company Ferrero in Alba, Piedmont in 1946. The current CEO of the company is Giovanni Ferraro. The company has a wide range of products like Ferrero Rocher, Nutella, Tic Tac, Kinder Chocolate, Kinder Surprise, Kinder Joy and many more.

Godiva Chocolatier is a brand and manufacturer which is known for premium fine chocolates and many more. This chocolate company was founded in Belgium by Joseph Draps in the year 1926 and it is named after Lady Godiva. Now, this company is a subsidiary of Yildiz Holding as it was purchased by them in 2007. Godiva has its headquarter in the New York City, US. This company owns more than 600 retail stores and shops in the US, Canada, Asia and Europe.

The Hershey Company now commonly known as “Hershey’s” is considered one of the largest chocolate producer in the North America. Milton Hershey founded this company in 1894 as the Hershey Chocolate Company, a subsidiary of his Lancaster Caramel Company. The Hershey Chocolate Company was founded in Lancaster, Pennsylvania. Now, this company has its headquarter in the Hershey, Pennsylvania. John Bilbrey is the CEO and President of the Hershey company. This company has more than hundreds of products which include Hershey’s Milk Chocolate, Almond Joy Bar, Mounds Bar and Hershey’s Miniatures.

Dove Chocolate is a brand of American company Mars, Inc. This chocolate brand is in the market of  UK, India, Indonesia and Ireland as Galaxy Chocolate. Dove or Galaxy has a wide range of chocolate products like dark chocolate, chocolate bars, caramel and fruit & nut. The owner of this brand and company is Mars Family. This family was called as the richest family in America by Fortune magazine in 1988. The name of the Dove brand comes from the Dove Candies & Ice Cream, which were sweet shops owned by a Greek-American Leo Stefanos.

Mars is a British chocolate brand which was founded in 1932. Forrest Mars founded the Mars brand in England. He was the son of Franklin Clarence Mars, the founder of the Mars, Incorporated. In 1932, Franklin Mars gives the formula of ‘Milky Way’ and $50,000 to his son, Forrest to go to the England and start his own business there. The first factory for the Mars chocolate is started in the Slough, England. This brand also releases limited edition variants of chocolate bars in various countries.

Nestle is a Swiss food and drink company which has its headquarter in Vevey. It is considered as the largest food company in the world. Henri Nestle with Charles and George Page founded the Nestle in 1866 as Anglo-Swiss Condensed Milk Company. Nestle has a wide range of chocolate products including Aero, Nestle Crunch, Nestle Milk Chocolate bar, and Milky Bar. Nestle Milk Chocolate bar was first introduced in the mid twentieth century. This company has more than hundreds of chocolate and confectionary products.

Cadbury is a British confectionery company which was founded in 1824. John Cadbury founded this company in Birmingham. Now, this company has its headquarter in Uxbridge, London. The company is a subsidiary of Kraft Foods Inc. Cadbury has a wide range of chocolate products including Crunchie, Dairy Milk, Bourneville, Boost, and Éclairs. Queen Victoria granted Royal Warrant to the Cadbury in 1854. It was the first Royal Warrant of Cadbury. The popular markets covered by the Cadbury are the UK, US, Ireland, Australia, New Zealand, Canada and India.

Lindt & Sprüngli is a Swiss chocolate and confectionery company, It is commonly called Lindt as a chocolate brand. David Sprüngli and his son Rudolf founded this company in 1845. This company has six factories, all of which are in the different countries. Switzerland, Germany, France, Italy, Austria and the US has one factory each of this company. If we talk about the popularity of this brand chocolate, then it is one of the most popular chocolate brand in the world. And it is on the first position of our list of best chocolate brands in the world. 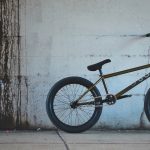