You will definitely find this post useful as more than 2 billion t-shirts are sold each year by all the t-shirt brands in the world. You will get the clear picture of the best branded t-shirts and you will know by their brand name.

First of all, we would like to tell you the some interesting information about the t-shirts. The t-shirts are started in the 19th century, when they were used by the US Navy as the undergarment of the Uniform. As they were comfortable, inexpensive, easy to fit and easy to clean; then t-shirts became popular among the boys. Nowadays, printed t-shirts are very popular but the first printed t-shirt was made for the promotion of the movie ‘The Wizard of the Oz’ in 1939. T-shirts are usually made up of cotton. Around 1,200 t-shirts can be made from the one acre cotton field. If we talk about the cotton farming; China is the number one cotton producer, India has second position in the production of cotton and USA comes third in the production of the cotton.

Now, we are going to tell you the top t-shirt brands from the first position to the ninth position.

Nike is an America brand of t-shirts and other sportswear which was started in 1964. Phil Knight and Bill Bowerman founded this brand as Blue Ribbon Sports. Now, this company has its headquarter in Washington County of Oregon. Nike is one of the best clothing brand in the world. If we talk about the Nike t-shirts, then it is the number one t-shirt brand.

Ralph Lauren is an American apparel brand of premium lifestyle products including fragrances and footwear. Ralph Lauren, a fashion designer started this company in Manhattan in 1967. Now, this company has its headquarter in the New York City. Ralph Lauren is the number one clothing brand in the world. But, if we talk about the t-shirts; then it comes on the second place after Nike.

Adidas is a German sportswear brand which was started in 1924 and also known for its clothing, shoes and fragrances. This brand was founded by the younger brother of the Puma’s founder. Adolf Dassler established this brand 92 years ago in Herzogenaurach, which is a town in Germany. The headquarter of this company is in Herzogenaurach from its establishment. Adidas is the number one t-shirt brand in the Germany and third best t-shirt brand in the world.

Levi’s is an American clothing brand which is mainly known for its denim jeans. This brand is founded by an American business person of German origin, Levi Strauss in San Francisco in 1853. Levi’s is one of the best clothing brand for men and it is the fourth best t-shirt brand in the world.

Lacoste is a French clothing brand which was started by a tennis player in 1933. Rene Lacoste and André Gillier founded this brand in Troyes of France. The headquarter of this company is in the same place where it was started, Troyes. Lacoste is the number one t-shirt brand in the France and one of the world’s best t-shirt brand.

Under Armour is an American footwear brand which is also known for its casual apparel. Kevin Plank started this brand in Baltimore in 1996. Under Armour has its headquarter in its establishment place Baltimore of Maryland.

Gucci is an Italian brand of luxury clothing and leather goods which was started in 1921. This brand was founded by an Italian fashion designer Guccio Gucci. The headquarter of the Gucci brand is in Florence. Gucci is the number one t-shirt brand in Italy and one of the top t-shirt brand in the world.

Puma is a German brand of casual footwear and clothing which was started in 1948. Rudolf Dassler, older brother of the Adidas’ founder; founded Puma company in Herzogenaurach of Germany.  Puma is the second best t-shirt brand in Germany after Adidas. In addition, it is one of the top 10 t-shirt brand in the world. 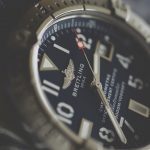