Harry Potter, Clark Kent and The Professor from Money Heist. What is the common thing between these three characters?

Meg Griffin, Hank Hill and Velma Dinkley. These are some cartoon characters that wear glasses.

We have listed the 21 popular cartoon characters with glasses. Do you want to know the names of these 21 characters? I hope most of the names are familiar to you.

Hans Moleman from the famous TV show The Simpsons. He is a mole-like man having a height of 4ft 4in. He has been the Mayor of Springfield. Moleman is the guy with extremely bad luck. Fans refer him as The Simpsons version of Kenny McCormick (from South Park). Because of his various deaths by accidents.

He wears glasses because of cataracts. He carries a brown walking stick with him. His stick contains a hidden sword. He looks very old. But he said once that he is 31 years old. Drinking ruined his life.

He debuted in the Tracy Ullman short “Scary Movie”.

Cedric Sneer belongs to the famous animated series The Raccoons. He is the only son of Cyril Sneer.

Bert Raccoon is the protagonist of the show. Bert and Cedric are best friends.

The enemies of him are The Pigs, The Bears, Mr. Knox and Bonneville. He is soft-spoken. He has a long list of his allies. Sophia, Bert, Melissa, Ralph and many more.

Peter Griffin is the protagonist of the animated series The Family Guy. This middle-aged man is of Irish descent. His wife is Lois. They have three children Chris, Meg and Stewie. Most of the times, Peter gets hurt from his own faults.

Hank Hill is the main character of the animated series King of the Hill. This middle-aged gentleman has a height of six feet and two inches. He works at Strickland Propane as an Assistant Manager.

Sam Sparks first appeared in the animated movie Cloudy with a Chance of Meatballs. She is one of the main protagonists in the film. She works as a weather reporter. Her boyfriend is an inventor, Flint Lockwood.

Uncle Scrooge is one of the main characters in the animated series DuckTales. He is the richest duck in the world. This Scottish duck appeared as a business tycoon in the show. You already know his nephew, Donald Duck.

John is one of the major characters in the animated movie Peter Pan. The film released in 1953. Wendy is his sister and Michael is his brother. Intelligence and sophistication are his personal qualities. We listed this character in our list because he wears round spectacles.

Velma is the important character in the famous animated series Scooby-Doo. This teenage girl loves the mystery. She deciphers the clues. She wears square glasses and loses her spectacles on regular basis. Martial arts and morse code are her skills.

Edna is the key character in the animated film The Incredibles. She is a fashion designer of short stature. She wears round spectacles and calls everyone “dahling”. She creates custom-made outfits for superheroes.

Daria is the protagonist in the animated show of the same name. She is not a fashion girl and never wears any makeup. Jane Lane is her best friend. Laziness and apatheticness are Daria’s qualities. She wears round glasses.

Tina is one of the main characters in the animated TV show Bob’s Burgers. She is the daughter of Bob and Linda Belcher. She has minimal social skills. She works as a grill cook at Bob’s Burgers.

Hubert belongs to the animated series Futurama. He is the CEO of a delivery company, Planet Express. His age is more than 150 years. Exceptional intelligence is his personal quality. He is senile because of his extreme old age.

Meg belongs to the animated series Family Guy. She is the daughter of Peter and Lois Griffin. Chris and Stewie are her siblings and she is the oldest. She wears glasses like her father. Eighteen is her last reported age in the show.

Penfold is a character of the animated series Danger Mouse. He is the sidekick of Danger Mouse. He lives with him and calls him “Chief”. He always wears glasses, suit and tie. Timidness and selfishness are his personality.

Frink belongs to the popular TV show The Simpsons. He is an inventor and college professor. He is brilliant as he has IQ of 197. Some of his inventions are hamburger earmuffs, automatic phone dialer and radio controlled plane.

Mr. Mackery is a character who belongs to the animated series South Park. He works as a counselor at South Park Elementary school. Singing is his talent. He wears black-rimmed glasses. Sensibleness is his personality.

Dexter belongs to the animated show Dexter’s Laboratory. He is the main character of the series. This short boy is a genius and has a secret lab. In his lab, he has done countless experiments and created many machines.

Carl is the main character of the animated film Up. He is an old man. He worked as a helium balloon salesman and currently a retiree. After the death of his wife Ellie, now he is a widower.

Toby is a minor character of the animated film Robin Hood. He is a humanlike turtle. Tagalong, Skippy and Sis are his friends. He wears black spectacles. Most of the times, he shows lack of courage.

Doc is a character who belongs to the animated film Snow White and the Seven Dwarfs. He is the captain of the seven dwarfs. He is reliable and intelligent that’s why other dwarfs take guidance from him.

Chuckie belongs to the animated show Rugrats. Tommy is the protagonist of the animated series. He is the best friend of him. Chuckie wears purple square spectacles. He is a school student who likes to play with his friends and sister.

Above mentioned all characters wear glasses.

We want to know which one is your favorite cartoon character who wears glasses? Type the answer in the comment box below.

You may also read: 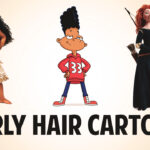