Chocolate is generally made up of cacao beans mixed with a sweetener. If you love to eat chocolate and you are a chocoholic, then you are at the right place. Here, we are going to tell you the best Swiss chocolate brands you should give a try this year. First of all, we would like to give some interesting information about the Swiss chocolate. Daniel Peter, who was a Swiss manufacturer invented the first milk chocolate in 1875. Switzerland is one of those countries, which dominated the chocolate sales in the world. This country is also known for its high rate of chocolate consumption, the Swiss person generally eats 25 pounds of chocolate per year.

Nestle is a Swiss food and drink company which was founded in 1866 as the Anglo-Swiss Condensed Milk Company. Henri Nestlé, Charles Page and George Page are the founders of the largest food company which is Nestle. This company has more than 8500 brands in about 80 countries in which over hundreds of products are of chocolate. Nestlé Alpine White, Milky Bar, Nestle Milk Chocolate, Nestle Crunch, Orion, and Nestle wonder ball are some of the chocolate products of the Nestle brand.

Milka is a traditional Swiss chocolate brand which was founded in 1901. Philippe Suchard, who was a Swiss Chocolatier introduced the Milka chocolate in 1825. Now, this brand is a part of the Mondelēz International as it was bought by them in 1990. Mondelēz International is an American multinational confectionery company which was founded by Thomas H. McInnerney in 1923. Milka chocolate has its market in more than 30 countries which includes Albania, Argentina, Romania, Russia, United Kingdom and United States.

Läderach is a Swiss handmade chocolate company which was founded in 1962. Rudolf Läderach Jr., who was a Swiss Chocolatier founded this company in Glarus. He also invented the process of thin walled hollow balls for truffles making in 1970. Now, around 500 employees work in this company and it has about 50 chocolate boutiques in Switzerland for private customers. Läderach is one of the best chocolate brands in the world, it is the third best Swiss chocolate brand of 2017. 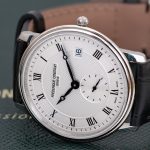