If you are searching the answer of the question, “What are the best sneaker brands?” Then, you are on the right spot. Here, we are going to tell you the top 9 sneaker brands which you can buy easily. As we know that, there are lots of brands of athletic shoes are there. And when you go the footwear stores or online store for buying sneaker, you will find around hundreds of brands are there. This will create the confusion in your mind. For removing this confusion, we have made a list of best sneaker brands; that list works as a buying guide of best sneakers.

Before starting the list, we would like to tell you the interesting information about the sneakers. Sneaker is a very comfortable type of footwear which is generally worn for running, training, playing tennis and for casual use. Now a question arises, “From when the sneakers are comforting our daily life?” And I am going to answer it. The first sneaker was made in 1892 by the U.S. Rubber Company. This sneaker was made up of comfortable rubber and the top part was made with canvas. In 1917, the mass production of the sneakers was started. Nowadays, Sneakers are a popular type of footwear that has sales around billions of US Dollars. If we talk about the revenue of the Nike sneakers, it was around 19 billion US Dollar in 2016.

Now, without wasting any second we have listed the best sneaker brands below:

Nike is an American brand of sportswear and well known for its sneakers. Bill Bowerman and Phil Knight established this brand in 1964 as Blue Ribbon Sports. In 1971, the name of the brand changed into Nike. This brand has its headquarter in Washington County, Oregon. Nike is the number one top sneaker brand and it is also the best t-shirt brand in the world. It is also the largest sportswear manufacturer in the world.

Adidas is a German sportswear brand and the second largest manufacturer of sporting goods. This brand is founded by the younger brother of the founder of the Puma brand, Adolf Dassler. This brand was started in 1924 as Gebrüder Dassler Schuhfabrik, and the name of this brand was changed to the Adidas in 1949. The headquarter of this company is in Herzogenaurach, which is a town in Germany. Adidas is the number one sneaker brand in Germany and second best sneaker brand in the world.

Vans is an American footwear brand which also manufactures clothing and accessories. Two brothers Paul Van Doren and James Van Doren and their friends Gordon C. Lee and Serge D’Elia started this brand in 1966 as Van Doren Rubber Company. Now, the headquarter of this company is in Cypress, California. Vans is the third best sneaker brand globally.

Converse is an American lifestyle brand of footwear and apparel. This brand is also known for its skating shoes. Marquis Mills Converse started this brand 1908 as Converse Rubber Shoe Company in Malden, which is a city in the Massachusetts. Now, the owner of this brand is Nike, Inc. as they acquired it in 2003. The headquarter of the Converse brand is in Boston, Massachusetts.

Puma is a German brand of sportswear and apparel which was started in 1948. This brand is started by the older brother of the founder of the Adidas brand, Rudolf Dassler. This company has its headquarter in the town of Germany, which is famous for both the brands Puma and Adidas, Herzogenaurach. Puma is the second best German sneaker brand after Adidas.

Timberland is an American fashion brand of footwear which was started in 1918. Nathan Swarts, a shoe maker founded this company in Boston, Massachusetts. Now, this company has its headquarter in Stratham, which is a town in New Hampshire.

ASICS is a Japanese footwear brand which is also known for its sports equipment. Kihachiro Onitsuka founded this brand as a basketball shoe manufacturing company in his hometown which is Kobe, Japan. The founding year of this brand is 1949. Now, it is the top sportswear brand in Japan and one of the best sneaker brand in the world.

Under Armour is an American footwear brand which was started in 1996. Kevin Plank founded this brand in Washington, D.C. Now, the headquarter of this brand is in Baltimore, which is a city in Maryland. This brand also has products of clothing and sports accessories. Under Armour is one of the best t-shirt and sneaker brand in the world. 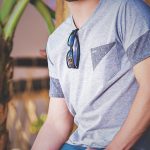