Milk is a good source of nutrition for American people, and primary source of nutrition for infant or children. It contains many nutrients including protein, lactose and calcium. In America, the most popular milk is cow’s milk and America is the largest cow’s milk producer in the world. There are mainly five types of milk varieties available in the market. The varieties are whole milk, 2% or 1% milk, fat-free milk, organic milk, and lactose-free milk.

Organic Valley is on the number eighth in our list of best milk brands of America. If we talk about its origin, it was founded in 1988. That means, it is a 28 year old company which is still running and one of the best dairy products company in the US and other 25 countries. It is an agricultural cooperative type company which has more than 1800 farmer-owners across the United States, Canada, the United Kingdom and Australia. Organic Valley or OV has its headquarter in La Farge, which is a village of Wisconsin, US. It has many products other than milk like soy, butter, cheese, produce, and yogurt.

Dean Foods is an American food and beverage company that is on the number seventh of the best milk brands. It was founded in 1925 by Samuel E. Dean, Sr. in Franklin Park, Illinois. It is a 21 year old company which has 100 facilities located in 35 US States and many other countries like France, Belgium, Netherlands and the United Kingdom. Dean Foods is a food processing type company whose products are milk and dairy products. It has its headquarter in the Tower at Cityplace in the Dallas city of Texas, US. Gregg A. Tanner is the CEO and Chairman of the Board of Dean Foods company.

Safeway, Inc is an American supermarket chain and a subsidiary of Albertsons. It was founded in April, 1915 by Marion Barton Skaggs in American Falls, Idaho. It has its headquarter in Pleasanton, California. Safeway has more than 1300 grocery stores in various locations. There are more than 250,000 employees working in the company. It has supermarkets in many countries like Canada, United Kingdom, Australia, Germany, etc. The popular brand of Safeway, Inc is Organic and the most popular product is Organic Milk. It is one of the best milk brands and on the sixth position in the America.

Shamrock Farms is a dairy company which was founded in 1922. It is the largest family owned and operated dairy company in the Southwest. The headquarter of Shamrock farms is situated Phoenix, Arizona. W T McClelland and his wife, Winifred, started the Shamrock Dairy with only 20 cows in Tucson, Arizona. Today, 94 years later, Shamrock Farms is one of the largest family owned company in the United States. Now, it has more than 10,000 milking cows and large variety of dairy products. The most popular brand of Shamrock Farms is Mmmmilk, which is a well known milk brand in the Southwest.

Darigold is an American dairy agricultural cooperative company which was founded in 1918. The headquarter of this company is in Seattle, Washington. Darigold is owned by more than 500 dairy farm members. The farm members is of the Northwest Dairy Association, which is located in many states like Washington, Idaho, Oregon, Montana and North California. Darigold is one of the best milk brands of America as its production of milk is more than 8 billion pounds per year. It is one of the top cooperative companies whose annual sales are over $2 billion.

HP Hood LLC is an American dairy company which was founded in 1846. The headquarter of this company is situated in Lynnfield, Massachusetts. It is a subsidiary of Catamount Dairy Holdings LP, which is based in Chelsea. HP Hood was started by Harvey Perley Hood in Charlestown, Massachusetts. Around 4,500 employees work in the HP Hood LLC. HP Hood has three subsidiaries which are Crowley Foods, Booth Brothers Dairy, and Brigham’s Ice Cream. The most popular product of the company is Hood Milk which is available in the market in different varieties. Hood Milk is one of the top three brands of milk in the America.

Wegmans Food Market, Inc. is a private American supermarket chain which was founded in 1916. The headquarter of this company is in Gates, New York. Wegmans was started hundred years ago by John and Walter Wegmans as Rochester Fruit and Vegetable Company. Now, It has around 90 stores in the United States and more than 58,000 employees work there. Mid-Atlantic states and New England are the main areas which are served by the Wegmans. Wegmans has a wide variety of products but the most popular one is milk. Wegmans Milk is the second best brand of milk in the America.

Horizon Organic is an organic milk products company which was founded in 1991. It is a subsidiary of WhiteWave Foods. The area served by the company is North America and Europe. The headquarter of this company is situated in Broomfield, Colorado. Horizon was founded in Boulder, Colorado and after three years started selling nationally. Horizon Organic has around 4000 cows dairy in Idaho and around 800 cows dairy in Maryland. Horizon Organic Milk is the number one brand of milk and dairy products in the America. It is also a largest supplier of organic milk in North America. Precisely, Horizon Organic is the best brand of milk in the world.

* DISCLOSURE: As an Amazon Associate I earn from qualifying purchases. 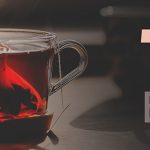 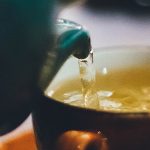 9 Best Green Tea Brands You Should Drink in 2019